Lady Antebellum Has a "Party in a Bathrobe"

This is one video you have to see! 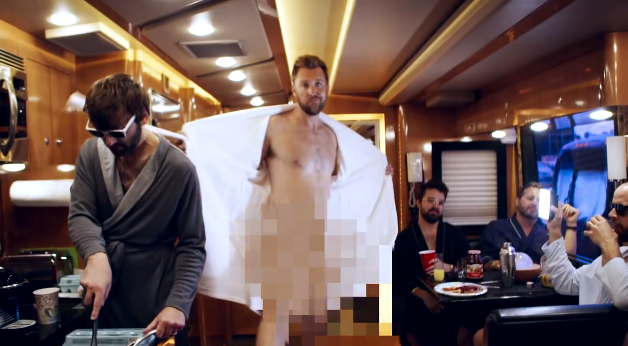 Lady Antebellum Has a "Party in a Bathrobe"

The guys of Lady Antebellum are letting their bits and pieces hang out in their hilarious video spoof entitled, "Party in a Backrobe," set to Sam Hunt's "Body Like a Backroad."

In the video, we see Charles Kelley and Dave Haywood open a gift from fellow band mate Hillary Scott, two robes, which she says happen to be two of her most favorite items on the road this year during their You Look Good World Tour.

Throughout the video we see the guys on their bus, having a full on brunch session, complete with eggs, mimosas and coffee.

From mentioning not to do a "number two" on the bus to some wardrobe malfunctions, this is one hilarious video!

Check it out below: