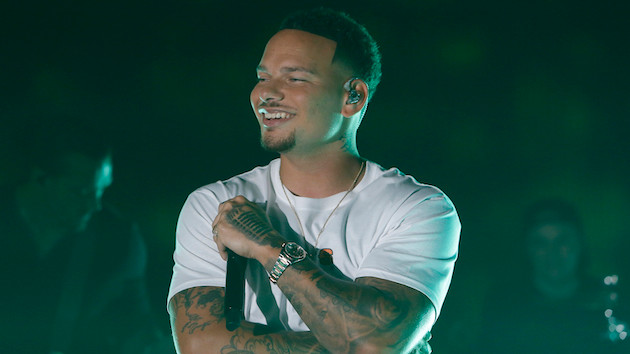 Country music will be well represented on the stage of The Voice during the show's season 22 finale. Kane Brown, Blake Shelton and Breland are among the stars performing during the two-hour event.

Kane will join Blake, who is also a coach on the show, for a rendition of "Different Man," their latest duet. It's the title track on Kane's most recent album.

Meanwhile, Breland will make his debut on the Voice stage with a performance of "For What it's Worth," which is his current single at country radio and comes off the track list of his full-length studio debut, Cross Country.

It'll be a multigeneral musical spread on the finale of The Voice, with performances from stars like Maluma, OneRepublic, Adam Lambert, Kelly Clarkson and Girl Named Tom. All four coaches - Blake, John Legend, Gwen Stefani and Camila Cabello - will perform with the contestants on their respective teams.

Five finalists remain going into next week's live finale. Bryce Leatherwood, Bodie, Omar Jose Cardona, Brayden Lape and Morgan Myles are all in the running to win The Voice this season.

The event will air on NBC next Tuesday at 9 p.m. ET.