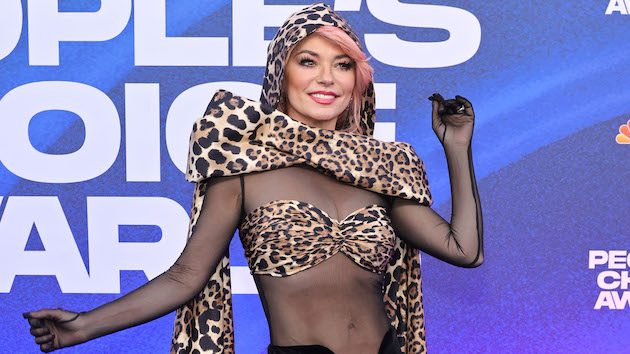 Shania Twain received the Music Icon Award onstage at the 2022 People's Choice Awards on Tuesday night, a recognition of her historic, four-decade-long career as the best-selling female country-pop artist of all time.

As she accepted her trophy, Shania reflected on her gratitude, her family and her fans.

"I always miss my mother at these moments [in] my life," the singer said, according to People. "She would have loved watching her little girl living this moment right now."

Shania's mother, Sharon Morrison, died in a car accident along with the singer's stepfather, Jerry Twain, in 1987. In the decades since, Shania's career has risen to astronomic, genre-crossing heights. The singer also acknowledged those who have been with her throughout those big years in her career.

"But my fans, my friends, my team - you are the ones who really fill that space ... not my mother's space. But you're here with me, you're celebrating, we're celebrating together," she continued. "And you've made me feel loved and special my whole working life. I'll always be grateful for that."

In addition to be feted with the Music Icon Award, Shania performed a medley of hits at the People's Choice Awards, including classics like "Man! I Feel Like a Woman" and "That Don't Impress Me Much," as well as her current single, "Waking Up Dreaming."

Shania has a new album due out next year, called Queen of Me. She will tour extensively throughout 2023 to support the release.