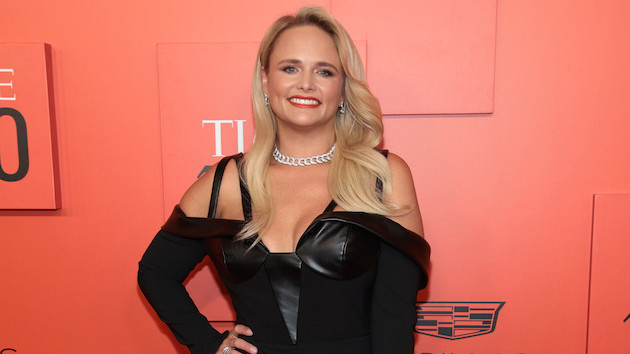 Miranda Lambert's Velvet Rodeo Las Vegas residency is officially rolling: The country superstar kicked things off over the weekend with her first performance at the city's Planet Hollywood.

So, what's she loving most about the show? "The fire," Miranda tells ET Online with a laugh.

"I mean, I get to have a lot of fire on the stage, and I've never had that before," the singer goes on to say. "Except for, like, at awards shows and stuff. I've never taken fire on tour. So this is a treat, every night, to get to blow stuff up."

Along with all those pyrotechnics, Miranda says she's been enjoying spending time in Vegas with her husband, Brendan McLoughlin, who is planning to be in the audience for every single show.

Miranda recently teased that fans might get to see Brendan take the stage with her one night. "I've promised him he could bring me a tequila shot one night, but not yet," she told Extra, admitting that her husband is a huge fan of being in the spotlight.

Miranda's Velvet Rodeo is scheduled to run through April 2023.