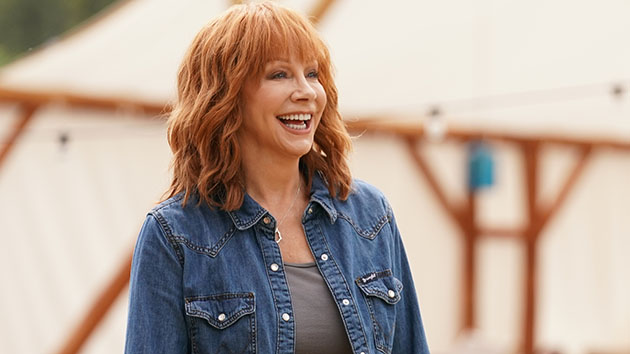 Reba McEntire was instantly intrigued by the character description for Sunny Barnes when she was pitched the role on season 3 of Big Sky.

The country legend initially got a call from executive producer Elwood Reid about joining the cast, prefacing that Sunny is a "very dark character," which immediately piqued her interest.

In addition to her storied career in country music, Reba is known for playing the titular role in Reba, which ran for six seasons on The WB and The CW until 2007. She also transitioned to Broadway in 2001 as the lead role of Annie Oakley in Annie Get Your Gun. When presented with the opportunity to appear on Big Sky, Reba knew the role would push her out of her comfort zone.

"I was like, 'I've never gotten to play a dark character before.' I'm always either funny or I'm the matriarch of the family, like on the Reba TV show," she describes. "But this was something different, and my whole team and I were very excited about it."

Sunny co-owns a camping company with her husband, Bucky Barnes, portrayed by Reba's real-life boyfriend, Rex Linn. And though the couple seem pleasant on the surface, the actress hints things aren't always what they seem.

"It's like glamping, and we have a really good time taking care of all of our customers. Everybody has a wonderful time and we make sure everybody's safe," she says with a chuckle.

The singer notes that while Elwood offered some details on her character's plot line, he didn't give away all the details. "Every time we get a script, it's like, 'Oh my gosh, that's so good,'" she says.