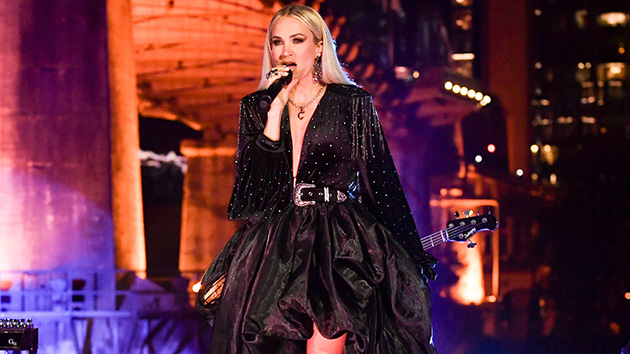 Carrie Underwood is blending drama and fun on her upcoming album.

The hit singer dropped her new single, "Ghost Story," last week, a dramatic tale of a woman who promises to haunt the memory of her ex. "It's enough of hopefully what people like about me. There's some drama, it's a cinematic song. It's a great story song. It's this little revenge song," she describes the number to ET Canada.

"Ghost Story" is the first taste of Carrie's anticipated seventh studio album following 2018's Cry Pretty, her 2020 holiday album, My Gift, and the companion gospel project, My Savior, released in 2021. While "Ghost Story" offers a moody vibe, the singer hints that the album will also include lighter notes.

"It's a very sing into your hairbrush in your house, in your room, kind of album," she shares.

Days after its release, "Ghost Story" is climbing through the top 30 on the Billboard Country Airplay chart.