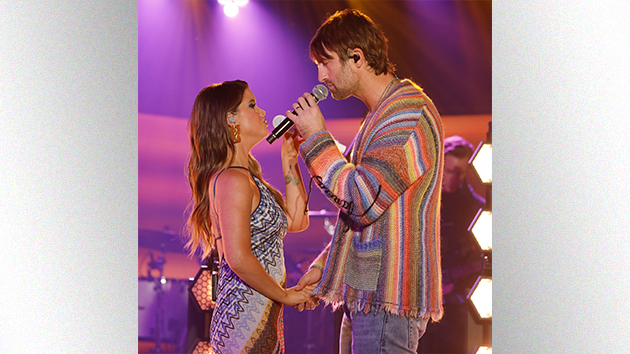 Maren Morris is adjusting to the "new normal" when it comes to touring.

Over the weekend, the superstar headed out on the road with husband Ryan Hurd during his tour stop in Kansas City, Missouri, and took to Twitter to share some behind-the-scenes photos of life on the road with her family.

Among the series of snaps are ones showing the husband and wife curled up on a couch backstage and performing onstage together. Another pic sees Maren tending to the couple's one-year-old son, Hayes, who's watching soundcheck while wearing a pair of noise-canceling headphones.

"New normal. Thanks for getting me outta the house last night @RyanHurd," Maren captions the candid moments.

The hitmaker is currently prepping for the release of her new album, Humble Quest, set for release on March 25. The lead single, "Circles Around This Town," has leapt into the top 30 on the Billboard Country Airplay chart.

Win tickets to see Blake Shelton at Boots In The Park