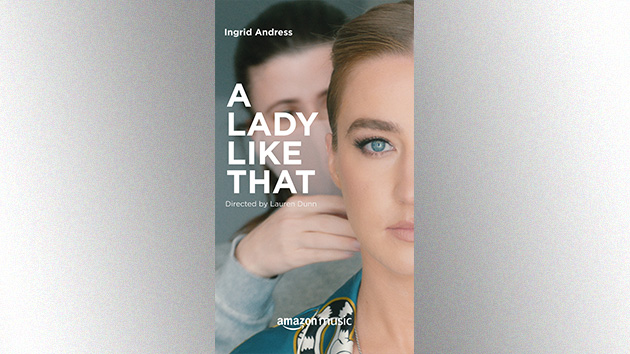 Ingrid Andress' fast-rising career has been turned into an Amazon Music film.

The short film, A Lady Like That -- named after a lyric in her single "Lady Like" -- features never-before-seen video footage capturing Ingrid's major career moments.  There are also candid interviews with the singer detailing how she went from being an outsider in country music to scoring a nomination for Best New Artist at the 2021 Grammy Awards.

"I'm not trying to ruin any tradition or stomp on anybody's cowboy boots, but I know I'm bringing something to the table that speaks to people," Ingrid reflects in the trailer, which features shots of her on the red carpet at the Grammys, clips from the "Lady Like" video and scenes of her performing onstage.

"The goal is to constantly grow and be unapologetically bold," she adds. "I feel like I'll probably just do it that way for the rest of my life."

Ingrid has also released an Amazon Original reimagining of "Lady Like" ahead of the film's premiere on May 14.