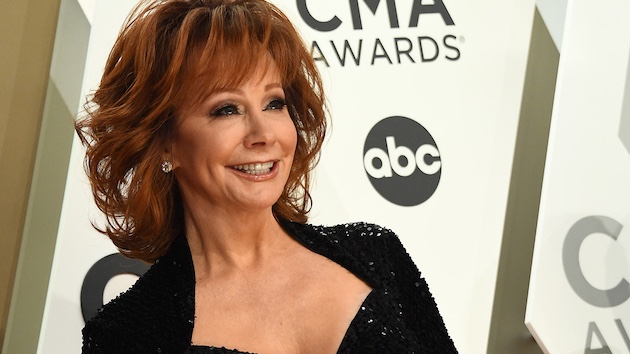 ABC/Image Group LAWhile Christmas 2021 may seem like it's far in the future, Reba McEntire’s already cooking up her holiday plans. This spring, she’ll begin filming a music-themed holiday movie for Lifetime called Christmas in Tune, according to ET Online.

Christmas in Tune will be a part of the channel’s annual “It’s a Wonderful Lifetime” holiday lineup. In addition to acting in and producing the movie, Reba will also contribute an original holiday song to the film.

“I am thrilled to partner with Lifetime for a return to television movies!” says Reba, who’s no stranger to TV and has an extensive acting resume under her belt. “My fans and I enjoy their programming and loved watching the Reba show there for so many years.”

The plot of the new movie follows a woman named Belle, a marketing executive concerned about her job’s security.  She tries to get her parents -- who formerly together worked as a singing duo -- to reunite for a charity Christmas concert. The catch? Her parents have been feuding for years, and aren’t planning to start speaking to each other again anytime soon.

But of course, along the way, Belle finds the answers to her own problems, and even starts a new romance with an intriguing leading man.

Prior to the announcement of her new holiday movie, Reba had a small but memorable cameo in Kristin Wiig and Annie Mumolo’s new comedy, Barb & Star Go to Vista Del Mar.